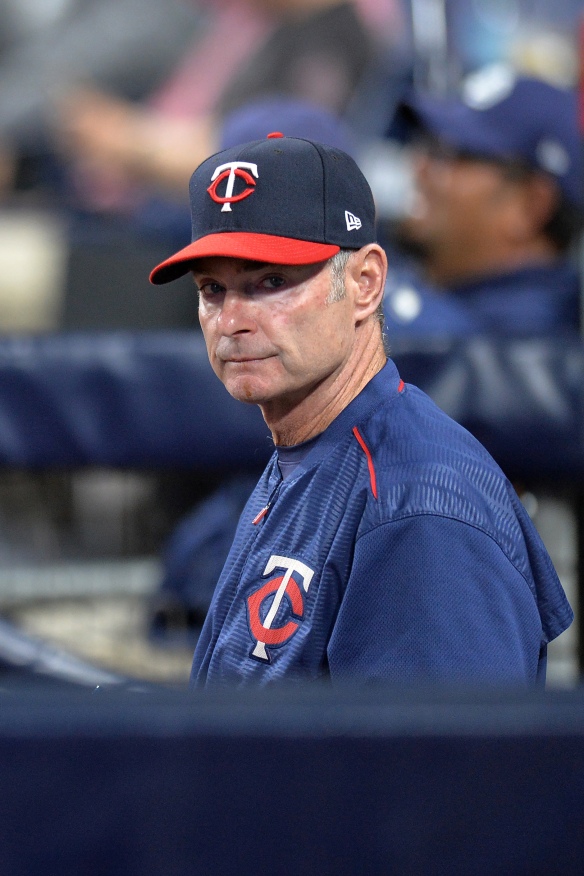 The Twin Cites is an unusual place. It is surrounded by water, so much so, roads have to go around rivers, lakes, streams and ponds in order for people to get to where they are going. It is so cold in the winter, you have to plug in your car to keep the engine warm enough to turn over the next morning. It is so Norwegian in one part that you have to love the smell of lutefisk cooking at the next door neighbor’s house and learn how to smile when waving to them, acknowledge friendliness and not the aroma. On the other it is so Catholic, hunting season is reason for a Mass to bless the international day-glo orange vested parishioners on opening day.

Then there is the ‘Purple’ thing.

In baseball, the tradition of the sport goes back a long way. It had the legendary Minneapolis Millers where the wonderful Willy Mays played. There was the St. Paul Saints, where they played at Lexington Park and won the American Association pennant 9 times. Today, the Saints are the legendary independent team that is not part of the new American Association, playing just 10 miles from the Major League Twins. What other town has a big time minor league franchise next door to a Major League team?

Baseball is part of the fabric of this unique community. Some of the biggest stars in the game have come from here. David Winfield, from St. Paul and a member of Baseball’s Hall of Fame, was so good, he was drafted professionally in baseball, basketball and football. He also played hockey. Paul Molitor, another native of St. Paul and a member of Baseball’s Hall of Fame, was a 7 time All-Star, 4 time Silver Slugger, 3 time batting champion and a member of MLB All-Time Team. Jack Morris, a native of Highland Park, was a 5 time All Star, 4 time World Series champion and the 1991 World Series MVP and threw a no hitter. Joe Mauer, an a native of St. Paul, still playing for the Twins, has a .328 lifetime batting average as a caters is it is the all-time mark. Kent Hrbek, a Bloomington native, All-Star and 2 time World Series champion, played for 14 years in the Show. But that isn’t all: Johnny Blanchard, Dan Johnson, Josh Johnson, Tom Johnson, Mike Mason, Walt Moryn, Robb Quinlan, Larry Rosenthal, Dick Siebert, Terry Steinbach, Brand Hand, Jack Hannahan, Pat Neshek, Glen Perkins among others.

This is a baseball community.

That is why it is so disconcerting about how they handled one of their very best. Paul Molitor, not only played for them, but has been their Manager for the past three seasons. In his first year, he took the Twins and won 83 games, a 13 game improvement over the preceding season and was in contention for an AL Wild Card until the last weekend of the 2015 season. Then in 2016, the team collapsed, with a horrible April and eventually lost 103 games. But this past season, the roared back with a 26 game improvement, the best in the Majors and won 85 games and the second AL Wild Card spot. In his three years, he has a 227-259 record. And now, after the season has ended, he did not have a contract to manage the team going forward.

He is ‘new school’ baseball. Upon his arrival in Minnesota, the team played a much more aggressive placement in defensive shifting. And this season, in Fort Myers spring training camp, he made sure his team would be at the top of their tame defensively. And he told them so. In other words, if you can play defense, you can’t play baseball. Defense makes every pitcher better. And that means, games are won, not lost. What Minnesota has now is a leader who not only understands the game more than most, he leads. And that is the main difference between his teams and the Twins of the past.

Former General Manager, Terry Ryan, hired Molitor but was fired last season after the disaster. Now Thad Levine, the present General Manager and the Chief Baseball Officer of the Twins, Derek Falvey, are thought to want to bring in someone they want. So their mediocre solution is to offer Molitor a one year contract. For Molitor, it put him in a no-win situation. If he accepted, he had to prove to the new controllers of the team he can do the job, year after year, and go on one year contracts forever. He is loyal to the Twin Cities. He is a native legend in the Twin Cities. Should he have said no and demand a multi-year contract, it would look as though he was not in step with the way Minnesotan’s do things. If he simply said ‘No’, then he would remain with all of the respect everyone in the Twin Cities believes he has.

The Twins front office should not have made this an issue at all. They should have re-signed him by extending his contract before the season ended. This was an exciting team which was a true reflection of ‘The Ignitor’ throughout his career. He is the Hall of Famer…Falvey and Levine are not.

The deal finally got done last Monday and the frightful Twins management signed Pauly for three years at $4 million per.

What we need in this world is less tension, not more. And we need to honor those who do a great job. Paul Molitor did a great job.