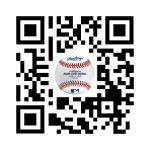 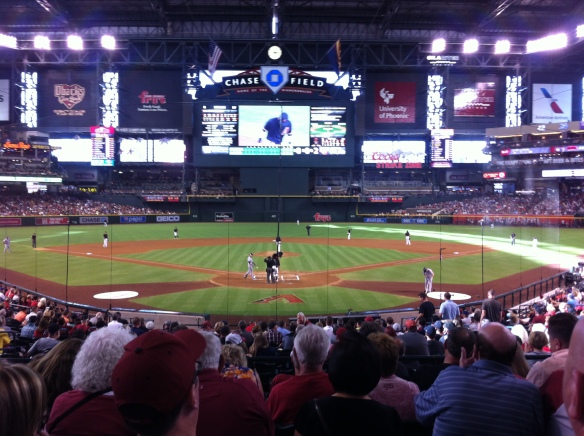 The dwindling days of the trade deadline brought Aramis Ramirez back to the Pirates where he began his career. And to be honest, during his last season before he retired, he looked ever bit the player over the hill who stay one season too long to satisfy an itch that historically has driven ballplayers beyond their useful years. His movement around the hot corner had slowed while his deadly accurate throws to first lost a bit of the zip it once had. And to add injury, he actually did not make a pick up of a ball with his bare hand and throw it to first which had been his trademark of a great third baseman in his past. To get anything for him is a plus, in this case a minor league player. Thus, the Brewers have removed a major salary off of their payroll and replaced it with a waiver list pickup replacement. This position is wide open for a young player to take in 2016.

Carlos Gomez, as was stated here in the beginning of Spring Training has lost a step. He has also become increasingly inaccurate with his arm. During Thursday’s game in Arizona, he made two terrible throws to third, one of which allowed a run to score. On Saturday, on a routine play he threw a ball back to the second baseman which was remarkable in that Gannett was about to make the stop on a ball that was thrown out of frustration rather than accuracy. He kept the man at first, but it showed something is not right with GoGo. The man simply is not the same. Yes. He is exciting. Yes. He creates an active clubhouse. Yes. He was last year at the top of his game. This is the time to trade him for a really good player.

The tension of being on the rumor trading block is affecting Gerardo Parra’s play in the field. On Thursday he misplayed a ball, which at best would have been a double but was graciously not given an error by his local hometown official scorer after doffing his cap during a tribute to him a few minutes prior. He is hitting very well, better than he ever has in his career. He would be a terrific bargaining tool for a trade but, if you can trade Gomez for a good player, Parra should stay and move to center and stay there for a long, long time. No. He is not a fast as GoGo. No. He is not as flashy as GoGo. But, he is so much better than Khris Davis that there is no one who can replace him. Besides, in an interview with Bob Bremley over the weekend, Craig Counsell admitted Parra is his favorite ballplayer, or at least that is what Bremley said as he was pushing Taco Bell.

Jean Segura is the perfect pawn in the maddening Brewers ‘two in the bush is better than one in the hand’ philosophy of baseball deal making. Historically, it has always been the allure of the potential of someone else rather than the stability of what you have that has haunted the Cream City Nine. Thus, Segura is doomed to leave, and hopefully he will bring a very good player in trade.

Jonathan Lucroy is being bandied about like an unwelcome domino. For some reason, he is out of favor with current management. Last season, arguably his very best, provided his downfall. Somewhere along the line, he was convinced or convinced his agent to ask for an extension of his contract. But the Brewers didn’t bite. Then his injury this season and a horrible season at the plate so far. His value in the front office is sliding yet he still remains the third best backstop in the National League. This is the time to move him. Why? He is no longer the doubles machine of the past. He is at his peak. He is a valuable player for trading to get another valuable player.

Mike Fiers is an interesting piece in the middle of the power trio (Peralta, Nelson and Jungmann) as he is also well under contract and makes only $513,000. But he is 30 years old. And there is a feeling that he can bring two additional pieces in play. With a covey of arms ready and able to plug the Fiers hole, it might be time to send him to that Canadian team north of Buffalo.

So as the end of the trading deadline appears ever closer, it is time to build for the next championship season. This has been one season to never remember again.

It’s all quiet in the cathedrals of the sport. The last game of the season has been played. No more fans in the stands. No more vendors hawking things. The ball park is quiet today.

The sport of baseball is like that as we enter the period the Hotstove League. This is a time to look back but more importantly, look forward to the time with pitchers and catchers report to spring training. The GMs are down in Arizona soon for their annual meetings and it is a time when the Free Agent agents swarm around, kill bees finding new honey for themselves as their slice is big.

Some time things work out where fans and free agents find a satisfying conclusion. And none would be better than having Nori Aoki sign with his home town team, the Milwaukee Brewers. There is real benefit her. Aoki has a great consistency to his game. Look at this: he has batted .288, .286 and .285 in his three seasons in the big leagues, the first two with the Brewers. But it is his ability to get on base that is of great value. His OBPs of .355, .356 and .349 is remarkable. The man walks a lot. But his real hidden key is his ability to hit left handers. He has batted .363/.428/.435 against lefties in his first three years. Imagine, a left-handed hitter banging at that rate against left-handed pitching.

He’ll be 32 this year, right in the prime of his career. With a two-year contract, probably at a $15 million for two-year agreement, the Brew Crew could once again have the kind of player that is perfect for the City of Milwaukee. Ron Roenicke said of Nori, ‘He fit in really well with the guys. We had fun with him. But he worked as hard as you could work. You can’t put more effort into the job than he did.’

This would be a perfect move as it would allow the team to trade a valuable Gerardo Parra, who is one of the best defensive players in the league as shown by his two Gold Gloves. But he simply cannot hit and get on base at the rate of Aoki. Every team wants and need a starting outfielder who is a good defensive player. But the Brewers do not. Use the value of Parra to trade for more pitching.

We know the heads of the management of Cream City’s Nine do not like Aoki for whatever reason. So this may be moot in thinking…in hoping such a player who gives his all would come back.

Milwaukee needs the kind of player Nori represents. That would be A OK.

This was the weekend of a major showdown between two of the better teams in the National League. But what happened on Friday was that ‘Winter Met The Brewers’. Mark Twain hit the nail on the head when he said, ‘The coldest winter I ever saw was the summer I spent in San Francisco.’ Amen to that, Mr. Twain.

On Friday at the lovely AT&T Park in the City by the Bay, inside the park the temperatures dropped as the breeze picked up. It honestly felt like winter was breaking in after a warm, if not hot, summer. And with it, the Milwaukee Brewers played as if they were upset with their mothers who said they had to get out of the house and play, even if it was cold outside.

By the Fifth inning, jackets are pulled up around the neck and gloves were on. Hot cocoa was one of the most delightful drinks of the night. For the Brewers, their starting pitcher and his long reliever gave up 142 pitches in four plus innings, an incomprehensible amount of throws that were punctuated with balls rather than strikes. The pitches were flying everywhere, beneath the catcher, around the catcher, over the catcher’s head but rarely over the plate.

Some fans in the stands who made their way in life by getting autographs of the visiting players and selling them, said the Brewers seems very focused and serious about this game. They were not giving many autographs. In fact the only Brewer who did was the manager, Ron Roenicke. That is a bad sign as the Crew lost the game 13-2. It was one of the worst played games this team has ever played.

Scooter Gennett looked sloppy. The temporary shortstop Elian Herrera looked exactly like that…temporary. Carlos Gomez just couldn’t catch anything. Even Gerardo Parra came over to talk about the tricky winds at the ballpark and how it affected playing center field after Go Go let two triples fly over his head, something that rarely happens. And in addition, he had a really bad throw to home (rather than to second to keep the Panda to a single) made for a continuation of the flood gates lifted for the benefit of the Giants.

Lucroy suffered behind the plate, first with a fast ball in an area you do not want a fast ball to hit and then just couldn’t get either of his first two pitchers to settle down.

Yet, for all of their frustration, the Cardinals lost to the Cubs and the Brewers who looked perfectly dreadful after a day off this week, were still in first place of the Central Division of the National League. Perhaps this team should not have a day off in any given week following a week in which they had two days off.

Everything lookout out of sinc. And the punctuation on this story was the sad sight of seeing Rickie Weeks wait until the last of the batters to take batting practice. Here was one of the best hitters in the league before he suffered those injuries. Now, even though he is reduced to a back up role, he should be playing at second because Scooter simply does not seem up to playing in the big games without making errors.

It was a long night at the ball park. And the funny thing about it was that when you walked outside, it was much warmer than inside and the Brewers were no longer looking like a little league team. And they were still in first place. Go figure.

Oh well, that’s why they call it a marathon.